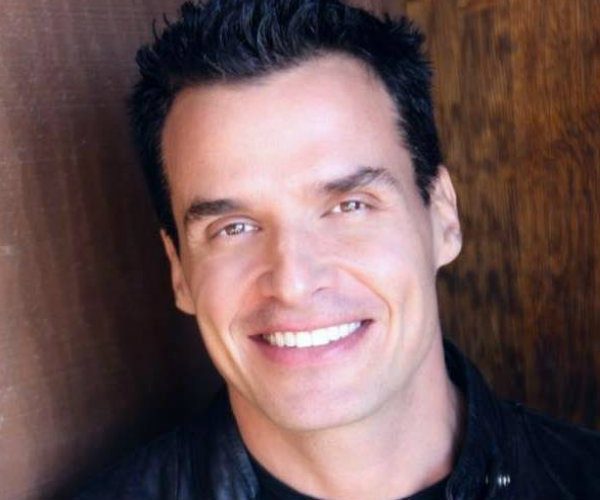 Actor Antonio Sabato, Jr., was suffering from depression, mood swings, and just feeling a tremendous loss of energy until he discovered hormone therapy that he says changed his life around.

Sabato, a staunch Republican who recently announced that he is running for Congress, was a vocal supporter of President Donald Trump during the 2016 campaign. The actor has long been interested in politics and public policy, but he tells Newsmax Health his health woes prevented him from performing his best.

The Italian-born heart throb best known for his role as Jagger Cates in the soap opera “General Hospital” and his work as a Calvin Klein model, discovered that his debilitating symptoms stemmed from hormone depletion, a condition that strikes one in four men over the age of 30.

“For me, I couldn’t understand why I was feeling so low,” Sabato tells Newsmax Health. “I’ve always worked out to keep myself in top shape for my demanding roles in movies and on television and I just wasn’t bouncing back the way I used to. I suffered from terrible mood swings and insomnia. The doctors I went to wanted to give me pills, which I took at the beginning but then I felt trapped.

“I didn’t want to take sleeping pills and antidepressants. I just want to feel like myself again.”

Rather than throwing in the towel and chalking up his lethargy to aging, Sabato was determined to find an effective treatment for his condition.

After a great deal of searching he met Dr. Christopher Asandra, who is board-certified by the American Board of Anti-Aging and Regenerative Medicine and a leading anti-aging expert.

His program includes custom-tailored replacement therapy for both men and women to replace hormone levels diminished by the aging process, menopause and andropause, stress, diabetes, obesity, certain medications, and alcohol use.

“I should have started his program in my 30s,” he laughs. “I have amazing energy and vitality and my mood swings are gone. I sleep like a baby and as an added benefit the brain fog disappeared and I have incredible mental clarity which is an asset when I need to memorize scripts.”

But patients must also do their part, the expert insists.

“I can jump start their systems but they have to change their lifestyles to get off the couch, start exercising and eating right,” he says.”It’s like the old expression, I can lead the horse to water but I can’t make him drink!”

Sabato changed his diet to include 80 percent vegetables, fish, and chicken.

“I eat red meat once in a while but I usually stick to a huge salad with fish,” he says. “I eat no dairy, eggs or bread.”

“I do resistance training, cardio and Jiu Jitsu, a form of martial arts,” he says. “Thanks to the hormone therapy I have far more energy than ever before.”

Asandra says that the secret to successful anti-aging therapy is to be judicious in replacing lost hormones.

“Some of my patients only need to have hormone therapy for a year to get back their energy, get off the couch and stay motivated to keep their bodies and minds healthy,” he says. “We customize all our therapies to ensure optimum levels which are carefully monitored by regular blood tests.”

“My patients say it is life changing not only for them, but also for the people around them,” he says, noting his treatment is generally not covered by insurance. “When you are on an even keel mentally, in top shape physically and can enjoy intimacy once again, a price tag similar to buying a Starbuck coffee daily is so worth it!”

Asandra says it is important to find the right doctor who will listen to your needs and treat the cause of your symptoms rather than use a Band-Aid approach.

Functional Neurology: How to Improve Adrenal Fatigue with Diet

Functional Neurology: What is Adrenal Fatigue?

The Wonderful Benefits of Sage