Banish Belly Fat: 10 Foods to Help You Win the Battle of the Bulge | El Paso, TX Doctor Of Chiropractic

Banish Belly Fat: 10 Foods to Help You Win the Battle of the Bulge 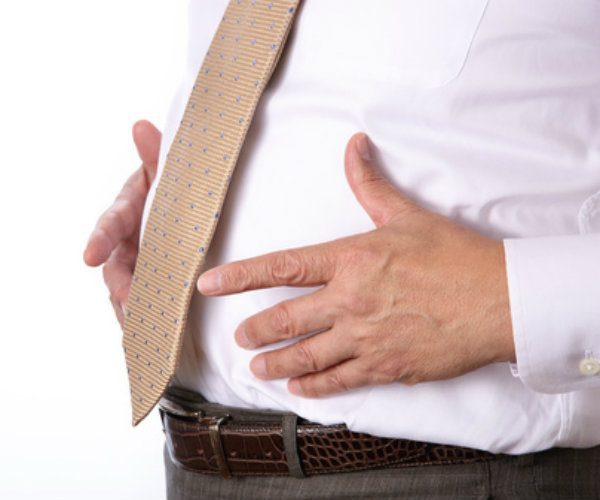 With summer officially just weeks away, many of us are dreading bathing suit season because we’ve packed on pounds — especially around the mid-section. But you won’t get those washboard abs by doing sit-ups, say experts. Abs are made in the kitchen, not in the gym, as the saying goes.

In other words: It’s what you put into your gut that helps banish belly fat.

“Visceral fat, or what we commonly call belly fat, is more than the fat you see on your body and can pinch between your fingers,” notes Tara Gidus Collingwood, the team dietitian for the Orlando Magic basketball team.

“It’s the layer of fat deep inside the body that forms between your organs. And even though you can’t see it, if you have an increased amount of subcutaneous fat, the fat you CAN see and pinch, it’s likely that that you also have a large amount of visceral fat.

Collingwood, co- author of the “Flat Belly Cookbook for Dummies,” tells Newsmax Health the more belly fat you have, the more dangerous it is to your health.

“Visceral fat is so toxic that research has linked it to everything from an increased risk of heart disease, to metabolic syndrome, Type 2 diabetes, gallstones, certain cancers, and even dementia,” notes.

Now for the good news: Gidus says that science has uncovered foods that actually help blast away belly fat. Here are her top 10 choices:

Salmon. Inflammation caused by an imbalance in your gut which can turn on your fat genes, leading you to gain weight around your belly. Salmon is a super anti-inflammatory food and also contains omega-3 fatty acids which have been shown to reduce belly fat storage. It also helps to control the hormone levels like cortisol, a common culprit of increased fat storage in the midsection.

Apples. These summer and fall favorites are great belly-fat fighters because they are high in fiber. This allows foods to be slowly digested, which controls the response of insulin and helps stabilize blood sugar — giving an added boost to the fight against fat.

Almonds. Not all fats are created equal, and some are actually helpful in reducing belly fat. Stock up on almonds for snacking because they are high in monounsaturated fat which reduces the accumulation of fat around the belly.

Popcorn. Here’s another handy snack food that is a great belly-flattening treat and you can eat a lot of it. Purchase loose corn kernels or low-fat and low- sodium microwave popcorn to help reduce your sodium intake and keep calories in check for a flat belly all season long.

Green tea. This powerhouse beverage contains the flavonoid quercetin which not only boosts the immune system and promotes heart health but also helps fight belly fat. It works by blocking fat cells from maturing and inhibits the rate of new fat cell formation.

Eggs. One of the best ways to protect yourself against visceral fat is to strengthen and protect your muscles. Muscle burns energy on a regular basis, so it steals energy away from fat cells — especially belly fat cells — to sustain itself. For under 80 calories, an egg provides six grams of muscle-building protein.

Spinach. This leafy green contains a unique long-chain sugar molecule called sulfoquinovose (SQ). According to a study in the journal Natural Chemical Biology, SQ feeds the good or beneficial bacteria, which in turn promotes their growth in the gut. When these bacteria are strong, they provide a protective barrier in the gut preventing the growth of bad bacteria which can cause inflammation and increase belly fat.

Greek yogurt. The Society for Endocrinology presented a study by researchers who found that when protein is digested and broken down into amino acids in your body, one of those amino acids called phenylalanine, triggers hormones that help reduce appetite, which ultimately leads to fat burn and weight loss.

Bananas. When you are sleep deprived, the levels of ghrelin called the “hungry hormone” skyrocket while the levels of leptin, the hormone that signals satiety, plummet. As a result, studies show you are more likely to eat more the next day and the foods you choose are the ones that typically increase belly fat. So if you are having trouble falling asleep, eat a banana which is an excellent source of the muscle relaxing ingredients magnesium and potassium. This handy fruit also contains tryptophan, a chemical which can help summon the Sandman.

Cayenne pepper. This popular spice doesn’t only burn your tongue, it helps burn away belly fat. Daily consumption of one of the compounds found in pepper seeds, called capsaicin, speeds up abdominal loss by boosting the body’s ability to convert food into energy, according to a study published in the American Journal of Clinical Nutrition.

Drugs May Not Prevent Fractures in Older Women

Astaxanthin and Its Benefits