A new, unique test has been designed where it has the ability to search for more than 100 markers which could indicate the presence of a concussion, according to the authors of the research. In previous years, researchers looked for a single marker in the blood to indicate whether an individual had suffered a concussion or not.

“We were pleasantly surprised when we looked at the pattern of metabolites (or markers) and we could identify people who were injured with no other information at a greater than 90 percent certainty,” stated lead researcher Dr. Douglas Fraser, a consultant in pediatric critical care medicine at the Children’s Health Research Institute in London, Ontario.

During the research study, Dr. Fraser and his colleagues examined 29 teen hockey players for markers of concussion. Of these individuals, some had experienced head injuries while others had not. Regardless, everyone involved in the study was convinced of the test’s abilities.

“It might have potential for diagnosis of concussion but these are preliminary results with only 29 patients,” stated Dr. John Kuluz, director of traumatic brain injury and neuro-rehabilitation at Nicklaus Children’s Hospital in Miami. According to Dr. Kuluz, the test must first be validated in a lot more patients before its effectiveness can be determined. 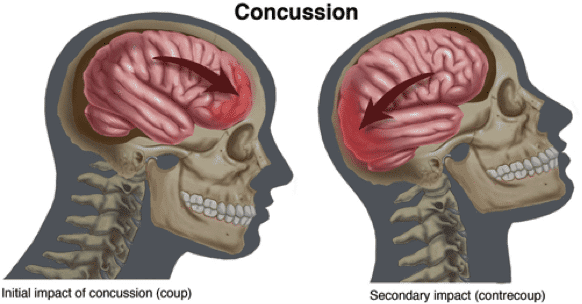 Additionally, he stated how this type of testing isn’t necessary to utilize often. “There are only a small number of patients where the diagnosis is in doubt,” declared Dr. Kuluz. “However, in those cases, such a test could be helpful,” he noted.

Because properly diagnosing the presence of a concussion heavily relies on the observation of specific symptoms,such as dizziness, headaches, blurred vision, nausea and other overt complications, it can often be challenging to distinguish an individual’s cause of injury. In the same manner, it is similarly difficult to accurately determine when an individual has fully recovered from a concussion and if they can return to their regular activities.

“People have been searching for one or two proteins floating around in the blood which are released from the brains after experiencing an injury,” stated Dr. Fraser. “But that approach hasn’t yielded great results, probably because every patient is different and every injury is different. Therefore, it’s probably a little naive to believe one or two proteins are going to give us the answer we need,” he concluded.

The team of researchers narrowed down 174 markers to approximately between 20 to 40 specific ones which could diagnose a concussion with an accuracy of more than 90 percent.

Foremost, to accurately diagnose a concussion through this process, the blood must be tested within 72 hours after the individual has experienced a head injury. The report was published in the October 2016 issue of the journal Metabolomics.

The test was developed in hopes that it could be a widely available and inexpensive procedure to be utilized in emergency rooms. Furthermore, the test could be used to evaluate the individual’s healing process. According to Dr. Fraser, he quoted, “It looks like these patterns remain abnormal for up to three months at a time. There is a potential that following the profile for a period of time can reveal accurate information pertaining to the healing process.”

The researchers have tested the accuracy of the test in other groups, such as the military, to determine whether it functions equally in adults as it does in teens. They have also developed a machine which can run the test quickly using a single drop of blood.

The research study was funded by the Children’s Health Foundation in Canada. The authors have filed a patent application for their test.

The Importance of Concussion Testing

A concussion, also identified as a head injury, can occur as a result of a traumatic sports injury or due to any other blow to the head. While several symptoms could indicate the presence of a concussion, symptoms can manifest differently for each individual, making it difficult to accurately determine the presence of head injury. With the development of a new test, a concussion could be diagnosed using a single drop of blood.