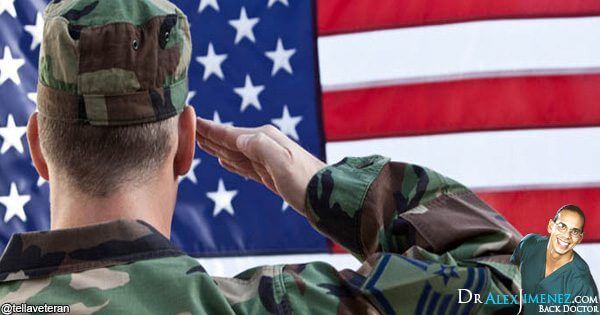 In the past, many clinicians at the VA frequently argued whether chiropractic treatment methods, such as spinal adjustments and manual manipulations, were actually effective towards improving injuries and conditions causing chronic back pain. A new research was conducted to determine the effects chiropractic care had with chronic pain symptoms. While the study concluded that spinal adjustments and manual manipulations were similarly as effective as placebo for pain relief, the study did find that individuals demonstrated an increased improvement in disability at 12 weeks after receiving consistent chiropractic treatment, according to a report published in the journal, “Geriatric Orthopedic Surgery & Rehabilitation”.

Veterans with Back Pain

With the contribution of Paul Dougherty, DC, a staff chiropractor at the Canandaigua VA Medical Center in upstate New York, the authors of the study described that the almost identical improvements between the individuals of the different study groups suggested the presence of a non-specific therapeutic effect from the treatments.

For the study, researchers classified 136 veterans, 65 years old or older, with lower back pain whom had never received chiropractic treatment. The individuals were then divided into two separate groups, with 69 of the veterans receiving spinal adjustments and manual manipulations.

Dougherty explained, “spinal manipulative therapy, or SMT, is where you take a joint to its end range. When you crack your knuckles and squeeze them together, you hear the pop. That pop is the joint changing pressure. SMT is basically doing that, taking a joint that isn’t moving enough and trying to maneuver it to where it moves normally again and changes pressure.”

The other 67 veterans participating in the study were enrolled in a procedure known as sham intervention, where a water-based ultrasound gel is spread across the lower back while the individuals lay face down, followed by the chiropractor rubbing a detuned ultrasound machine across the affected area for approximately 10 minutes. The ultrasound machine made noise but did not transmit any sound waves.

Additionally, the participating veterans from both groups were given an educational pamphlet from the Arthritis Foundation on different varieties of back pain and other symptoms.

After four weeks of twice-a-week treatment, the individuals were evaluated on the fifth week to rate their pain on a standardized scale. Both groups showed comparable pain improvement. Paul Dougherty explained that pain is perception-based, originating equally from the mind as it does from the body, but that disability is a better measure of effectiveness. Dougherty quoted, “Twice a week for four weeks, we met with these patients. We talked to them about their pain. They were touched in a caring and meaningful way. It comes down to this: If people believe they’re going to get better, it changes the way they thing about pain.”

For many veterans, since the introduction of chiropractic care as a part of their Medical Benefits Package, their disabilities caused by injuries or conditions as a result of their military service have been effectively improved through the use of spinal adjustments and manual manipulations. In a recent study, chiropractic treatment demonstrated an improvement in veterans disabilities after consistent treatment. For more information, please feel free to ask Dr. Jimenez or contact us at (915) 850-0900.

Chronic and Acute Back Pain From a Car Crash

A Few Ways to Manage Chronic Back Pain During Summer

What is Degenerative Disc Disease (DDD)?: An Overview