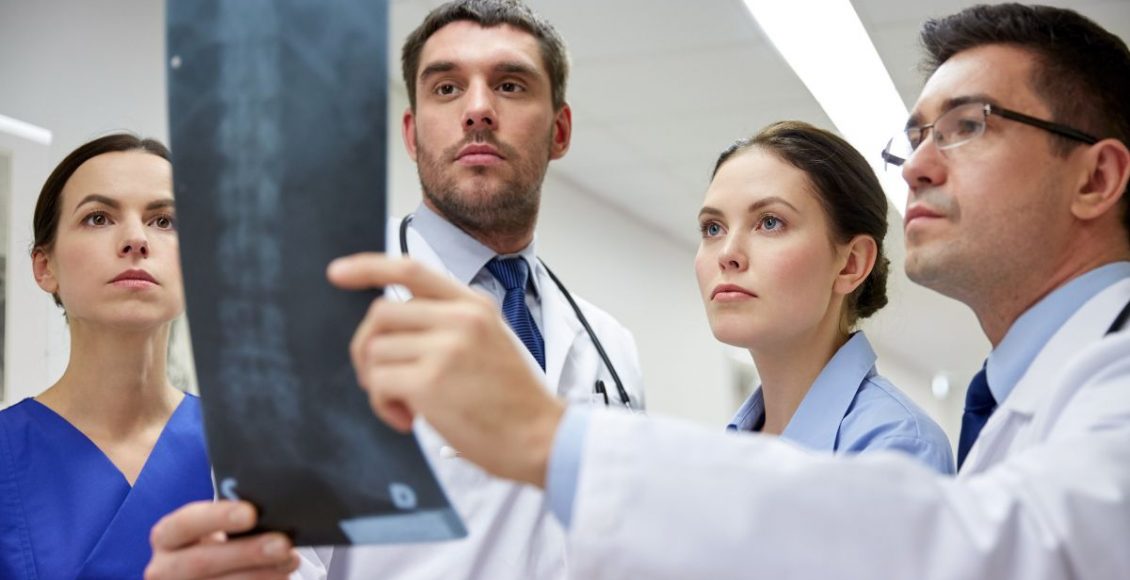 Generally, the true cause of scoliosis is unknown. This is medically identified as idiopathic scoliosis. It commonly develops in the pre-teen and teen years and it usually runs in families.

There are two types of scoliosis: non-structural or functional and structural.

Nonstructural or functional scoliosis is characterized when a structurally normal spine begins to develop a lateral curvature in their spinal column.

Nonstructural scoliosis involves a temporary change in the curve of the spine. This is caused by an underlying condition, such as a difference in leg length, otherwise known as limb length discrepancy, muscle spasms, or inflammatory conditions, (e.g. appendicitis), which might produce muscle spasm. Functional scoliosis is treated by correcting the problem. The spine itself needs no treatment.

Structural scoliosis is characterized by a fixed lateral curvature of the spine.

Structural scoliosis often does occur from unknown factors without mention of the other physical problems (idiopathic scoliosis). It tends to affect girls during adolescence.

Scoliosis can also manifest as a result of a syndrome or disease. Examples of circumstances that can result in structural scoliosis are: Marfan syndrome (an inherited connective tissue disorder); other connective tissue problems; neuromuscular diseases (including cerebral palsy, poliomyelitis, or muscular dystrophy); birth defects (for example hemivertebra, in which one aspect of a vertebra fails to form normally before birth); injury; certain infections of the spine; tumors (such as those caused by neurofibromatosis, a heritable disease linked with benign tumors on the spinal column); metabolic (biochemical) ailments; or some arthritic diseases.

Structural scoliosis is different than nonstructural (functional) scoliosis when the spine seems to have have a lateral curve (scoliosis) but it’s structurally normal.

In kids and teens, scoliosis typically does perhaps not trigger signs and is maybe not obvious until the curve of the backbone becomes severe or average. It may possibly first become apparent to some parents who observes that the child’s clothes don’t fit properly or that hems hang unevenly. The kid’s backbone may possibly seem crooked, or the ribs may stick out.

In a child who has scoliosis:

The majority of the time scoliosis does maybe not cause pain in kids or teens. It may be because the curve in the spine is causing stress and strain on the on the spinal discs, nerves, muscles, ligaments, or aspect joints, when back pain is present with scoliosis. It is not generally triggered by the curve it self. Pain in a a young adult who has scoliosis may be a sign of some other problem, such as a bone or tumefaction. It is very important he or she see a physician to find out what is causing the discomfort if your child has pain with scoliosis.

Some other problems, like kyphosis, trigger symptoms similar to scoliosis.

The scope of our information is limited to chiropractic and spinal injuries and conditions. To discuss options on the subject matter, please feel free to ask Dr. Jimenez or contact us at 915-850-0900 .
By Dr. Alex Jimenez

According to recent research studies, chiropractic care and exercise can substantially help correct scoliosis. Scoliosis is a well-known type of spinal misalignment, or subluxation, characterized by the abnormal, lateral curvature of the spine. While there are two different types of scoliosis, chiropractic treatment techniques, including spinal adjustments and manual manipulations, are safe and effective alternative treatment measures which have been demonstrated to help correct the curve of the spine, restoring the original function of the spine.

The Different Types of Scoliosis & Their Causes