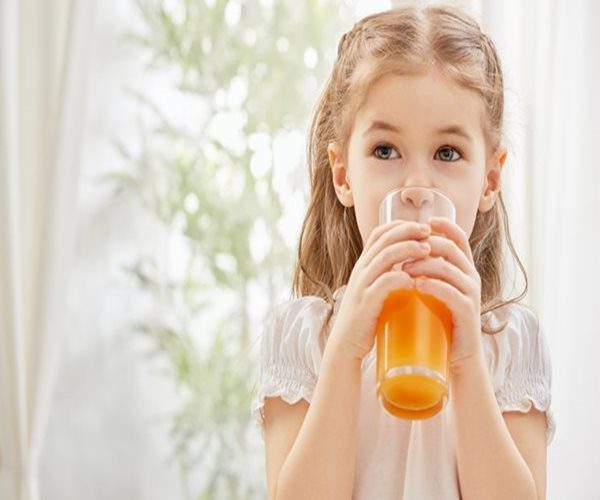 Pediatricians have long suggested that fruit juice may prompt weight gain in children, but a new review finds it harmless when consumed in moderation.

“Based on the current evidence, we didn’t find that consuming one serving [of 100 percent fruit juice] a day contributes to weight gain in children,” said study author Dr. Brandon Auerbach. He is acting instructor of medicine at the University of Washington, in Seattle.

To come to that conclusion, the investigators analyzed the results of eight published studies involving over 34,000 children that looked at fruit juice intake and the effect on weight.

Children under the age of 6 who drank a serving a day gained a small amount of weight, but not enough to be clinically significant, the findings showed.

The amount was truly tiny, less than a pound over a year’s time, Auerbach noted. And the review did not prove that fruit juice consumption caused the weight gain.

In addition, children aged 7 to 18 who drank a serving a day saw no clinical effects on weight, the researchers said.

The researchers stressed that their report specifically focused on 100-percent fruit juice, not fruit-flavored drinks or fruit sodas.

What has been debated, according to Krieger, is whether sugar in 100-percent fruit juice is linked with the same health effects.

For now, Krieger and Auerbach said, they advise parents to follow the American Academy of Pediatrics’ recommendations for 100-percent fruit juice consumption: 4 to 6 ounces a day for children aged 6 and younger, and 8 to 12 ounces a day for kids aged 7 to 18.

Connie Diekman, director of university nutrition for Washington University in St. Louis, said that the new findings put the issue in perspective.

“Concerns around childhood obesity have caused many to try to find ‘the food’ that is the cause,” Diekman explained.

“This study did a nice job in assessing the impact of 100-percent fruit juice on weight, a food often blamed for the growing incidence of childhood obesity,” she said.

“As a registered dietitian, this study reinforces the messages I provide my clients: 100-percent fruit juice — not fruit drinks or beverages — can fit into a healthful eating plan. But it is important, as with all foods, to learn portion sizes,” Diekman stressed.

“In addition, I always remind people that whole fruit — whether fresh, frozen or canned — can provide more satiety since we don’t seem to recognize fullness from liquids, while we do from solids,” she said.

The study was published online March 23 in the journal Pediatrics.

Exercise May Protect Kids From Depression Later in Life

The Connection Between Nutrition & the Epigenome

Nutrigenomics and Traits Between Generations