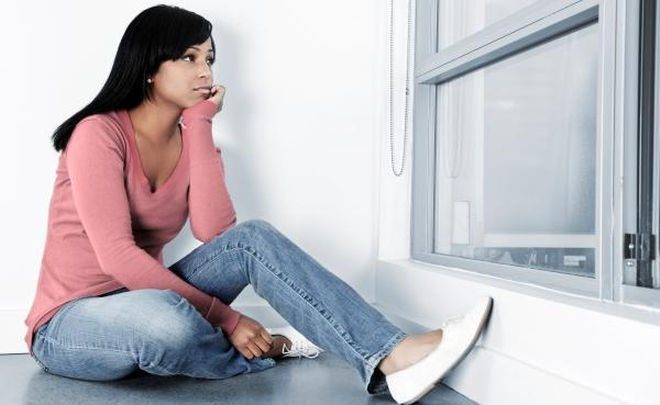 Like other people with depression, fibromyalgia patients often experience a loss of interest in their favorite activities and feel lonely, tired, and sad.

“Depression makes pain worse and causes lots of fatigue and functional disability in fibromyalgia patients,” says Roland Staud, MD, professor of medicine, division of rheumatology and clinical immunology at the University of Florida in Gainesville. There is a strong correlation, Dr. Staud says, between pain and depression: “Alleviation of one leads to alleviation of the other.”

Elizabeth W. Carson, PhD, a clinical psychologist on staff at St. Joseph’s Hospital in Atlanta, Ga., says she sees many fibromyalgia patients who are depressed as well as frustrated with their disease process. “Depression makes the patient more aware of the pain of fibromyalgia.”

“There is no analgesic [pain reliever] to jointly treat pain and mood disorders,” says Staud. However, antidepressants are often used to treat fibromyalgia symptoms, with or without the presence of depression.

Carson says she uses this therapy to address negative thinking. “By retraining patterns of thinking, you can help the patient change his or her behavior and how they deal with their fibromyalgia.”

Counseling, another type of psychological therapy, can take place in group sessions, in which patients meet with a therapist and exchange experiences and ideas, or as one-on-one discussions with a therapist.

During these group or individual sessions, patients discover strategies for coping with pain or tackling other issues related to depression and fibromyalgia symptoms. “Group therapy is more economical and helps, but individual therapy is more effective,” says Staud.

“Depression is a form of exhaustion,” says Carson. “With fibromyalgia, sleep is fragmented by pain, and circadian rhythms are disturbed.”

Getting into a regular routine of sleep and performing daily activities can help re-establish healthy circadian rhythms. “Sleep hygiene is really important in treating depression associated with fibromyalgia,” adds Carson.

Additionally, exercise such as walking, jogging, and riding a bike may benefit patients with depression. Exercise can help people feel better both physically and mentally.

Addressing the underlying fibromyalgia symptoms such as pain and fatigue may also help to relieve depression. Several prescription medicines are now available to treat fibromyalgia pain symptoms, including Lyrica (pregabalin) and Savella (milnacipran). Non-narcotic pain relievers such as tramadol are also prescribed for fibromyalgia pain.

By working with your doctor to find the right fibromyalgia therapy, you’ll be able to target all your fibromyalgia symptoms, including depression.

Sourced through Scoop.it from: www.everydayhealth.com

Fibromyalgia has long been characterized as a misunderstood condition which affects the normal function of the brain, spinal cord and nerves, causing widespread pain as well as fatigue as a result. Many individual’s frequently describe these prevalent symptoms, however, others experience symptoms of depression. Depression can be linked to a variety or conditions, in this case, recent studies have concluded that fibromyalgia may become worse with depression.

The Difference Between a Disc Herniation and a Disc Bulge