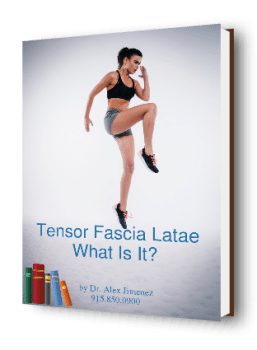 The iliotibial band, or IT band, is a ligament that begins at the pelvis, along the iliac crest, and travels down through the outside of the thigh from the hip to the shin. Most frequently caused by overuse from running sports and activities, knots can develop along the IT band and on the lower side of the leg, causing the ligament to become tight and inflamed, a condition known as iliotibial band syndrome. Once the IT band contracts and shortens, the affected individual can experience symptoms of hip pain, lower back pain, and most commonly, knee pain.

A chiropractor can both diagnose and help treat many spinal injuries and conditions, such as a possible spinal misalignment. In the majority of cases, if the spine and pelvis aren’t aligned or these aren’t moving properly, the altered gait can cause muscle imbalances and may increase the chances of developing iliotibial band syndrome.

Having a strong core can also be essential for runners in order to avoid developing injuries. Exercises such as planks, side planks, and crunches should be a part of a runner’s daily exercise routine to strengthen the core.

The use of foam rollers can also help relieve symptoms of pain. In order to alleviate IT band syndrome, an individual has to loosen up the knots along the iliotibial band.

And last, improper footwear may also cause running complications. There are a variety of shoes specifically designed to make running easier and much more comfortable. By following the above recommendations, runners can alleviate their iliotibial band syndrome pain and symptoms and return to their regular running activities.

Running and other physical activities involving a constant use of the feet can frequently result in injury or complications if the proper precautions aren’t taken. Iliotibial band syndrome, or IT band syndrome, is a common running condition caused by an inflammation of the IT band. Chiropractic care as well as a proper exercise routine and the appropriate footwear can help relieve the symptoms of IT band syndrome. For more information, please feel free to ask Dr. Jimenez or contact us at (915) 850-0900.

Back Injury Resulting from Yard Work

IT Band Syndrome and Chiropractic Treatment