Where Does Energy Go in Low Speed Auto Accidents? Continued 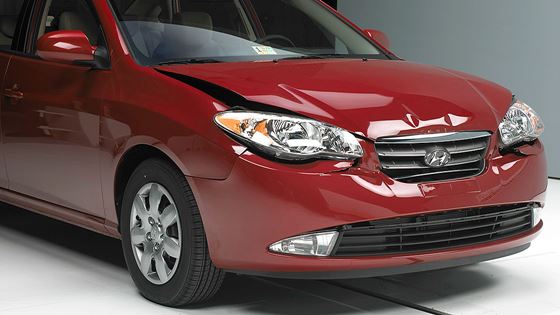 In the prior writing we explored the criteria for vehicle integrity. In this writing we’ll expand on conservation of momentum. You’re encouraged to do so when you haven’t read the previous article.

Expanding on Conservation of Momentum

Remember we previously said, “The momentum moving into a collision could be accounted for at the outcome” when we discussed the concept of conservation of momentum. Here we will introduce the formula and walk through its parts; we have to comprehend this in order to explore each other influence.

Ok, I know this looks very intricate and the explanation is not jumping off the page so let’s write with a bit more ease of comprehension. Let us take the National Highway Transportation Safety Administration (NHTSA) standards for testing and place two of the identical mass vehicles in this. Let us use a 2012 Toyota Corolla, and we will say the other is blue and one is red because we need two of them.

The 2012 Toyota Corolla has a curb weight of 2,734 pounds, substituted in the formula it looks like this:

Now when we do the math to show the conservation of momentum we end up with the following:

Now we have proved the concept so we are going to apply it to a collision involving two different vehicles. We will substitute the 2012 red Toyota Corolla for a 2012 red Chevrolet Tahoe. The 2012 Chevrolet Tahoe weighs 5,448 lbs. Now the formula looks like this:

Now when we do the math to show the conservation of momentum we end up with the following:

Three significant points can be observed in this protest.

First, when testing is done notice the change in rate at the Tahoe is 5 mph (5 to 0). This is less than the rates used by the Insurance Institute and we would expect the Tahoe to have minimal damage and no structural deformation.
The second point to note is the change in speed the Corolla experiences, 9.96 mph (0 to 9.96). This change in speed is four times the original.

Finally, neither vehicle exceeds the speed of 10 mph, which the automobile manufactures and insurance institute for highway safety often consider threshold for injury. This confirms that cars can easily deform and residents become injured in low speed crashes once you begin to check out the conservation of energy (momentum) and coefficient of forces moved to the target car.

Whiplash is a commonly reported injury after an individual has been involved in an automobile accident. During an auto accident, the sheer force of the impact often causes the head and neck of the victim to jerk abruptly, back-and-forth, causing damage to the complex structures surrounding the cervical spine. Chiropractic care is a safe and effective, alternative treatment option utilized to help decrease the symptoms of whiplash. Disc and Ligament Injuries: Documenting the Cause

PODCAST: Dr. Alex Jimenez, Kenna Vaughn, Lizette Ortiz, and Daniel "Danny" Alvarado discuss nutrition and fitness during these times. During quarantine, people have become more interested in improving their overall health and wellness by following a proper diet and participating in exercise. The panel of experts in the following podcast offers a variety of tips and tricks on how you can improve your well-being. Moreover, Lizette Ortiz and Danny Alvarado discuss how they've been helping their clients achieve their optimal well-being during these COVID times. From eating fruits, vegetables, lean meats, good fats, and complex carbohydrates to avoiding sugars and simple carbohydrates like white pasta and bread, following a proper diet and participating in exercise and physical activity is a great way to continue to promote your overall health and wellness. - Podcast Insight